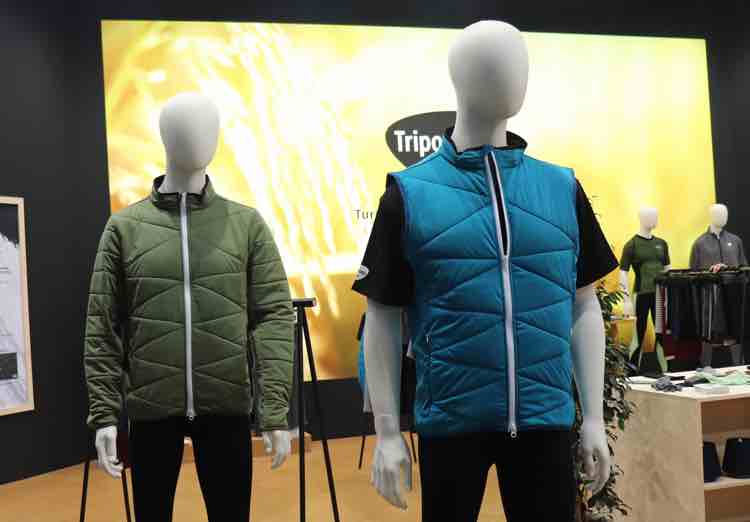 MUNICH – A well known quick-fix for mobile phones that accidentally fall in water is to encase them in a plastic sachet of rice.

Now that same absorption principle is being exploited in a new material called Triporous – introduced by Japanese electronics giant Sony at the recent 2020 ISPO sports show – has the potential to become widely employed in high performance nonwoven media for the filtration industry.

It was for its equally-convincing odour absorption properties, however, that Triporous was being promoted in outdoor apparel ranges at ISPO 2020, held in Munich from January 26-29.

Its development dates back to 1991, when Sony became the first company in the world to commercialise a rechargeable lithium ion battery and has continued advancing its R&D efforts in pursuit of improving its performance.

During this development work, Triporous – a material that exhibits a greater and faster rate of absorption of various substances than existing activated carbons – was stumbled across.

It consists of a unique finely structured porous carbon material derived from surplus biomass such as rice husks including silica.

In addition to its micro-pores of 2nm or less which are found in conventional activated carbons, it also contains mesopores of 2-50nm and macropores of approximately 1μm – all of which exist in a multiplex.

As a result, it can easily absorb large substances at larger molecular weights that have been difficult to absorb with conventional technologies. This includes organic molecules such as humin and poisonous algae blooms that cause water pollution, as well as allergens, viruses and small proteins such as enzymes. It is also capable of quickly absorbing low molecular weight compounds such as organochlorides and pesticides.

As a consequence, Triporous provides new value for various products, including environmental filters that remove pollutants from the air and water.

Other applications include toiletries such as deodorants, odour removers, and other anti-bacterials, as well as applications in cosmetics, pharmaceuticals and clothing and textile products.

Approximately two million tons of rice husks are disposed of annually in Japan alone and over 100 million tons worldwide every year, so the product has a compelling story when it comes to sustainability.

The first step in the production process for Triporous is to carbonize the rice husks by clearing the large amount of silica accumulated between the cells of the husks. Next, the silica is etched to form large macropores, and then mesopores and micropores are developed in a high-temperature water vapor activation process.

It can be manufactured to order in different shapes and granularity according to the application.

Sony has obtained end-to-end patent protection on the material and investigated the possibility of commercialising and mass-producing it itself but has now decided to make the material available through third party licenses.

Some 2,850 exhibitors took part in ISPO 2020 and around 80,000 people from 120 countries visited the. The countries with the largest number of visitors were Germany, Italy, Austria, France, Switzerland, Great Britain and the Russian Federation.

The ratio of visitors from outside Germany climbed to 70%, with increases from France, Japan, South Korea and New Zealand.