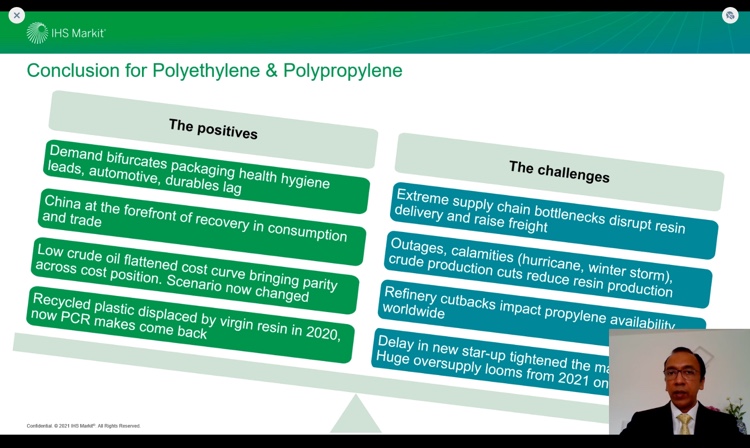 DÜSSELDORF – The prices for polypropylene and polyethylene feedstocks for nonwovens have been at record highs in the first months of 2021, following unprecedented volatility in 2020.

In his keynote speech at the recent EDANA Outlook virtual conference, Kaushik Mitra, executive director of Düsseldorf-headquartered consultancy IHS Markit, explained that while the Covid-19 pandemic led to unprecedented demand for health, hygiene and medical products, demand from the automotive industry, construction and other durable markets for polypropylene (PP) and polyethylene (PE) was deeply impacted.

“Oil prices collapsed last year in the USA and Middle East and polymer prices followed,” Mitra said. “There was a sharp reduction in imports and recycling became uncompetitive, leading to many manufacturers switching to virgin resin. In the USA, many resin and fibre producers cut back production due to the pandemic and several plant start-ups were delayed for three-to-six months. In Europe the refineries cut back on oil production due to the low demand for fuel, leading to a tight supply for propylene.”

In Europe, he added, propylene feedstock prices were higher than those for ethylene for the first time in ten years.

In addition, there has been significant speculative buying from China and the US storms came at the worst possible time for plants re-starting activity. The Suez Canal blockage has further exacerbated supplies in 2021.

As a result of this combination of factors, the prices for PP and PE feedstocks in Europe were higher in April this year than their pre-Covid levels, but from May new plants are beginning to come onstream, cracker outages are over and other plants are resuming manufacturing, Mitra emphasised.

In addition, price resistance is returning as manufacturers resume the transfer of higher costs to end-buyers.

“There will now be a period of over-supply as delayed capacity expansions become available and prices will drop and bottom out in 2022,” he said.

The surplus of new polypropylene that will became available is around seven million tons, with China responsible for more than 70% of new capacity builds, ensuring the country is self-sufficient going forwards.

European producers of virgin PP and PE now face further challenges through legislation, with the Single-Use Plastics Directive imposing a levy of €800 per ton on waste plastics produced from 2021 and stipulating that 50% of plastic-based products have to be based on recycled raw materials by 50%.

“This is a serious challenge and there are also limitations on the export of plastic waste,” Mitra said. “Many manufacturers will have no option but to recycle or use alternative raw materials, where chemical recycling – separate from incineration – is being regarded as a silver bullet.

“The legislation will not apply to importers, but EU regulators are now examining what they call “carbon leakage factors” and mulling a carbon border tax that will eventually bring more parity in this evolving situation. They are very much up to speed on the disadvantages that could be faced by European manufacturers, and seeking to redress them.” 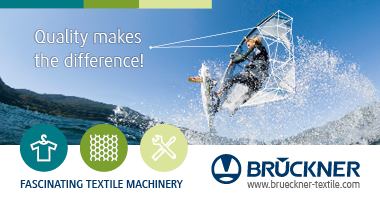