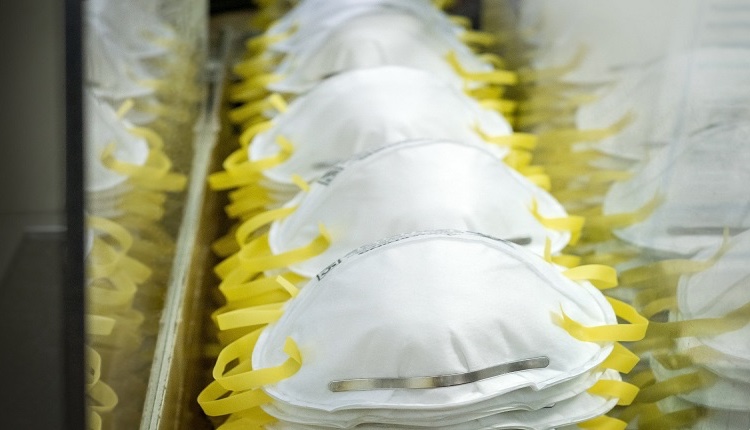 ST PAUL - Federal authorities in the US have seized hundreds of thousands of counterfeit 3M facemasks that were on the verge of being distributed.

This latest find in a warehouse on the East coast means that authorities have now seized more than 10 million fake 3M brand N95 masks in just the last few weeks, the result of an ongoing investigation into counterfeits sold in at least five states to hospitals, medical facilities and government agencies.

With the flow of counterfeit N95 masks showing little sign of slowing, 3M said it was committed to helping combat fraudulent activity in connection with its products and the COVID-19 pandemic. As it continues to increase production of critically needed N95 respirators, 3M said it was working with law enforcement authorities around the world to stop counterfeiting and remove fake products from the market to protect frontline workers fighting COVID-19.

“3M is proud to partner with the U.S. Department of Homeland Security to help combat counterfeiting of 3M N95 respirators,” said Kevin Rhodes, 3M Vice President and Deputy General Counsel. “This collaboration has helped prevent millions of counterfeit respirators from reaching frontline workers. We are committed to fighting the pandemic from all angles – manufacturing needed PPE, working to prevent counterfeiting and helping ensure N95s get to where they are needed the most.”

3M said it would continue to take aggressive action against those who exploit the demand for N95 respirators used by those on the frontlines of the COVID-19 fight.

NIOSH-approved 3M N95 respirators play a crucial role in helping to protect health care workers, first responders and other essential workers on the front lines of the pandemic. N95s and similar respirators are intended to seal tightly to the face, covering the mouth and nose and can filter at least 95% of airborne particles that the wearer might breathe in – including those that may contain viruses and bacteria.

3M has recently assisted authorities in Washington, Minnesota, New York and other states confirming that N95 respirators purchased from distributors with no relationship to 3M are not authentic 3M products. Counterfeit respirators are not tested and are not NIOSH approved while the materials they are made of is unknown – as is their fit and performance.

3M acted early in the pandemic to increase production of critical supplies like N95 respirators. At the same time, the company launched a global effort to combat fraud, counterfeiting and price gouging to help protect the public against those who try to exploit the demand for critical 3M products during a pandemic. To date, 3M’s fraud team has investigated more than 11,200 reports of suspected fraud, counterfeiting and price gouging. 3M said it had removed tens of thousands of deceptive social media posts and e-commerce listings and has filed more than 29 lawsuits to fight fraud, donating all monetary damages from these lawsuits to COVID-19 related nonprofits.

3M Assistant General Counsel Haley Schaffer recently told WCCO-TV that 3M is aggressively fighting fraud to help protect the public from those trying to exploit the demand for critical 3M products during the pandemic. “Demand still continues to exceed supply and that has led to an opportunity for bad actors to take advantage of consumers.” Schaffer said.

Rhodes also recently told the Associated Press that medical facilities and frontline workers should look to 3M for help in spotting fake products. “These products are not tested to see if they meet the N95 standards,” Rhodes said. “They’re not interested in testing them. They’re interested in making as many as they can as cheaply as possible.”