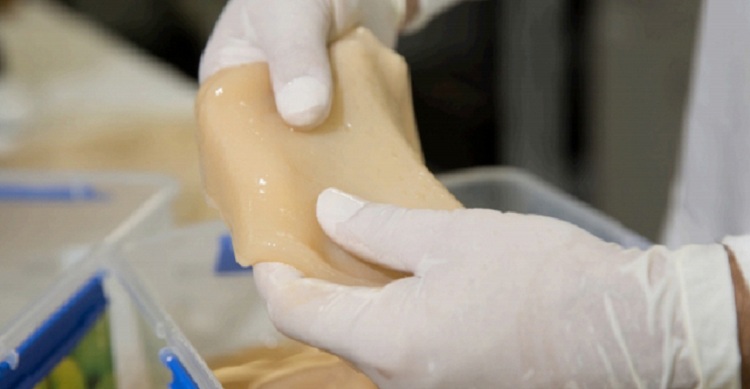 Waste from Indonesia’s coconut processing industry will be the first step in establishing a new supply chain for microbial cellulose made via fermentation.

The company believes its microbial cellulose could eventually prove to be a viable alternative to traditional viscose, since it requires no agricultural land or the associated chemicals for production.

Viscose is a well-established fibre made from cellulose predominantly derived from wood pulp, and used to make everything from home furnishings to clothing, as well as nonwovens. However, there are significant environmental concerns surrounding its production by certain companies outside Europe, since a considerable amount of trees are cut down, and not always as part of sustainable forestry programmes. The wood is then chipped and treated with hazardous chemicals followed by an energy-intensive purification process.

The Nanollose process uses streams from various large-scale industries like sugar, wine and food and takes less than a month to convert the waste into a viable raw material. It is then converted into fibres that are compatible with existing industry processing and manufacturing equipment.

“From our preliminary data, plant-free cellulose fibres will have some unique performance properties compared to traditional viscose,” said Nanollose managing director Alfie Germano. “Early data is showing some promising results. At the very least, the fibres will be comparable, if not superior to plant-based viscose in respect of  strength, absorbency, breathability, abrasion resistance, ease of dyeing and comfort.”

PT SNU is one of Indonesia’s largest and most established producers of coconut food, beverages and cosmetic products and has multiple facilities across Indonesia with access to significant quantities of coconut by-products and waste streams.

Through this partnership, Nanollose intends to access these waste streams for use in the production of textile grade microbial cellulose, which can then be transformed into fibres.

Nanollose and PT SNU also intend to develop other sources of liquid organic waste, including beer, wine, sugar and other fermentable liquids, as a feedstocks to an additional microbial cellulose raw material stream within the same commercial facility, with the ultimate objective being production at a competitive market price.

Initially, the focus of this collaboration will be the exchange of information and ideas relating to new industrial concepts and methods of developing microbial cellulose for industrial applications.

Nanollose will assist in developing initial costings and investment proposals to build the commercial scale facility, as well as cost simulations for producing microbial cellulose on an industrial scale.

If this initial collaboration is successful, both parties will take steps to agree the terms of a formal partnership. The parties will then look to negotiate and enter into legally binding agreements for the development, ownership and operation of the commercial scale facility and the waste product supply chain project.

“With ever growing interest in Nanollose fibre technology, this non-binding MoU is a foundational first step in solidifying readily available feedstocks that accelerate a development pathway to providing sustainable textile fibre samples to the industry,” said Germano.