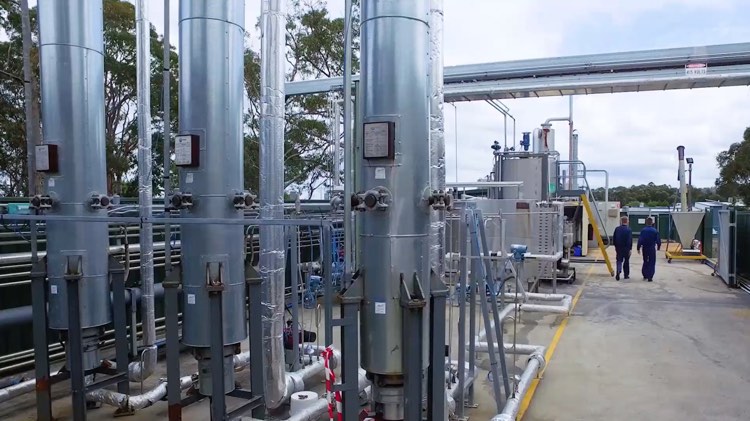 LONDON – Mura Technology has announced a partnership with Dow Chemicals, to support the rapid scaling of its new HydroPRS plastics recycling process.

In March construction started on the world’s first commercial-scale plant to use HydroPRS – hydrothermal plastic recycling solution – in Teeside, UK. The plant will be operational in 2022 and able to process 80,000 tons of plastic waste per year. It will form the blueprint for a rapid global rollout that will see one million tons of capacity in development worldwide by 2025 – the equivalent to nearly half the plastic packaging waste produced in the UK each year. Sites are planned in Germany, the USA and Asia.

HydroPRS uses supercritical steam to convert plastics back into the oils and chemicals they were made from, ready to be used for new virgin-grade plastic products. The steam acts like molecular scissors, cutting longer-chain hydrocarbon bonds in plastics in as little as 25 minutes.

All forms of plastic can be recycled – including ‘unrecyclable’ products such as multi-layer, flexible plastics used in packaging – with no limit to the number of times the same material can be recycled. This means it has the potential to eliminate single use plastic and make the raw ingredients for a circular plastics economy, creating value, not waste.

Most recycling today uses mechanical methods that can degrade the quality of the plastics – a process often referred to as ‘down-cycling’. They are also unable to recycle various common forms of waste plastic.

Using supercritical steam means the technology is also inherently scalable. Unlike other methods, which heat waste from the outside, the steam imparts energy from the inside, providing far more efficient conversion of plastic waste; a process which can be maintained regardless of scale.

At the core of the process is the catalytic hydrothermal reaction (Cat-HTR) platform which was developed and is owned by Licella Holdings which has invested over US$80 million and produced three progressive scale ups over a thirteen-year period. Licella owns 12 of the 13 Cat-HTR patent families covering a range of feedstocks and has operated commercial-scale reactors based in Australia for over five years.

“HydroPRS represents a win-win for the environment, economy and society, helping keep our environment free from plastic and keeping oil where it belongs – in the ground,” said Steve Mahon, CEO of Mura Technology. “We are at the tipping point of an environmental catastrophe and it’s time to seize the initiative and put an end to plastic pollution across the world.

To support its rapid global deployment, Mura has announced a series of global strategic partnerships. In January, the company signed an agreement with KBR to license the technology to its clients worldwide. KBR has also invested in the company. Igus Gmb. has partnered with Mura via a strategic investment to support the world-first plant in Teesside. Wood has been appointed as the EPC contractor for the Teesside project which is being developed by ReNew ELP, the UK subsidiary of Mura Technology.

Dow will now bring its financial strength and materials science expertise to work in partnership with Mura to produce the 100% recycled plastic feedstock.

“We are delighted to offer our investment and expertise to support the development of this truly game changing recycling process,” said Dow commercial director Carsten Larsen. “We are committed to enacting real change to stop plastic going to waste and accelerate moves towards a more circular economy. We know achieving this goal will take major innovation and investment and we can’t do it alone. That’s why our partnership with Mura is so exciting and why we believe it will form a key pillar of our recycling strategy going forward.”