Dilo to showcase quality and capacity enhancements at IDEA 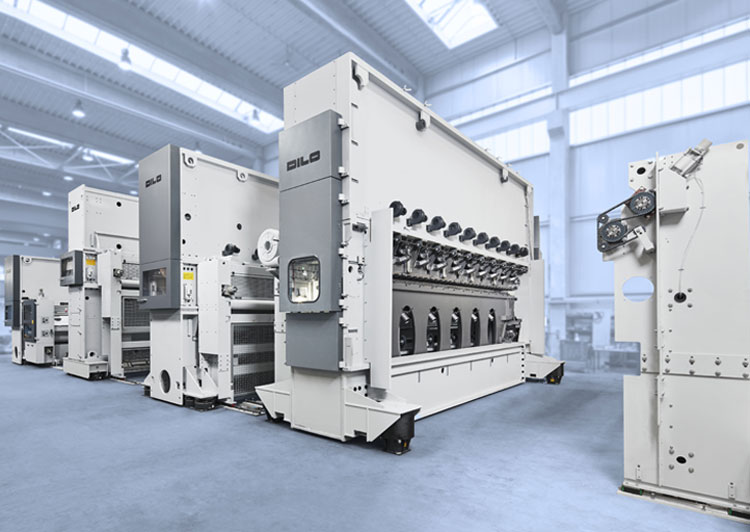 EBERBACH - Dilo, the manufacturer of complete lines for staple fibre nonwoven fabric, will present a range of its latest technological developments at the upcoming IDEA exhibition in Miami.

The latest machine concepts from DiloGroup companies DiloTemafa, DiloSpinnbau and DiloMachines will highlight new equipment components, which have been designed to improve final product quality and increase line capacity.

DiloTemafa has introduced versions of the Baltromix bale opener and the card willow, which are particularly suited to the processing of longer fibres at the highest possible throughput. Longer cleaning intervals and shorter cleaning times also result from the design changes while the DON dosing opener remains as an intermediate between fibre preparation and the card feeder and provides a fine opening stage, the company says.

DiloSpinnbau, meanwhile, has developed a new Unifeed card feeder (VRS-P) which combines the principle of volumetric charged feeding with the characteristics of a chute feeder but without the conventional overhead trunk which allows for lower ceiling height requirement.

In this instance, the fibre flock matt is condensed by a vacuum delivery apron to give better uniformity of mass distribution. The distribution over the working width is then controlled by additional flaps while this feeder can be adapted for medium/fine to coarse and medium to long staple fibres.

Also noteworthy is the VectorQuadroCard, which incorporates a modular transfer group between breast and the main section. The quick-change facility of this roller group provides different carding options and the delivery system is also flexible to provide parallel laid, random or condensed web while the preopener section on this card has four worker/stripper pairs with five pairs on the main cylinder. Emphasis, says Dilo, is on high throughput with good web quality.

Elsewhere, DiloMachines has a new horizontal crosslapper version, the DLSC, which allows web infeed speeds up to 200 m/min depending on fibre specification. Such infeed speeds will prevent the lapper being the line bottleneck.

The DLSC also works in conjunction with the proven CV1A web regulation system for improved felt evenness and the potential for fibre savings. These improvements have been made possible by a further increase of the drive power within the three-apron-layering technology, as well as the application of carbon fibre reinforced parts. A web guiding system (extended web guide) can be added to avoid web wrinkles at lapper reversals.

In addition to wide needling lines for the economic production of large volume products as in the geotextile industry, Dilo will also demonstrate its latest plug-and-play' compact line which is designed for the production of small amounts of high-quality felts, used, for example, in the medical sector, and for specialty felts made from high-tech fibres.

Dilo will also present its Compact Line, which includes fibre opening and blending, card feeding, carding and crosslapping, needling and winding. The working width of the compact carding machine is 1.1 m while the layering width is 2.2 m.

The line, which was first presented at the ITMA 2015 in Milan, Italy, is characterized by consistent focusing on a compact line layout, a fast adaption to changing production conditions and an economic mode of operation.

Further presentations will include HyperTex technology, which produces multi-layer felts made from base web, reinforcing layer and upper web. By using the scrim fabric machine of Ontec Automation GmbH it is possible to integrate a grid of unconsolidated yarn or filaments between two webs. The scrim can be fed inline and is then needled together in the subsequent needle loom. A great advantage of this method is the very high production speed for the complete process with scrim formation and subsequent needling achieving speeds of up to 40 m/min.