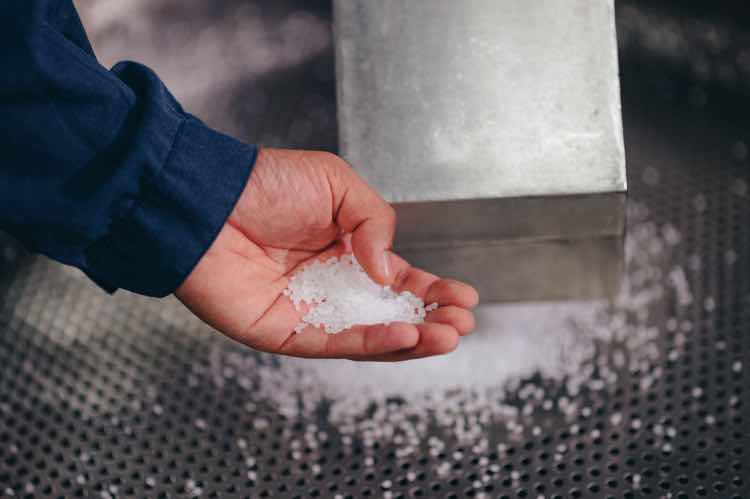 The Pilot audits took place in September at Borealis production locations in Kallo and Antwerp, Belgium.

The pilot audits, which help test pellet loss prevention standards, are part of the industry-led programme, which is hoping to establish a unified, and equitable certification scheme for pellet handlers across the entire value chain. Successful pilot audits at Borealis are an important step in finalising the OCS certification programme, whose pan-European deployment is planned for 2022.

Preventing pellet loss by keeping pellets in the loop ensures that they do not end up in environments in which they do not belong, such as rivers and oceans, and from which they are difficult to extract.

Valuable raw materials, which are meant to be converted into useful products, are in fact wasted when plastic pellets are released unintentionally during production, conversion, transportation, reclamation, or disposal. Because prevention is the most efficient way to combat pellet loss and the problem of microplastics, Borealis says it is intensifying its efforts to achieve zero pellet loss in and around its operations.

Borealis was among the first signatories to the European OCS, which was rolled out in 2015 by PlasticsEurope, the pan-European association of plastics manufacturers. The OSC programme is founded on the premise that pellet containment can only be successful when the entire value chain makes an effort: from primary producers to converters, distributors, logistics partners, and recyclers.

In January of this year, PlasticsEurope, the pan-European association of plastics manufacturers and EuPC (European Plastics Converters), a leading trade association representing plastics converters, signed an agreement to collaborate on the development of a new certification system in which audits by accredited third parties are used to establish compliance with OCS requirements.

As part of its ongoing commitment to OCS, Borealis has implemented a range of on-site measures to prevent and address pellet loss should it occur, for example by installing retention measures like sieves, pellet separators, and skimmer ponds. Elsewhere, a recent €6 million investment in an innovative water filtering system at Borealis productions in Schwechat, Austria, uses a custom-built solution to reduce the risk of pellet loss. It is just one example of how Borealis works with university research institutions to identify and employ the best available technologies for pellet retention.

Borealis is also extending its awareness-raising activities on behalf of zero pellet loss, which are currently directed at its customers and distributors, to embrace other value chain partners such as compounders as well as container and silo cleaners.

“Our first priority as an industry must be to prevent plastics leaking into the environment. The only way to tackle this problem is for the plastics value chain to work together on a global scale to achieve zero pellet loss,” said Borealis CEO Thomas Gangl. “We believe that the Operation Clean Sweep initiative offers one of the most effective and efficient solutions to the problem. As a virgin plastics producer and recycler, we are proud to be able to demonstrate our deep-seated commitment to this programme by contributing to the certification process.”