Hygienix 2020: A great time to be in nonwovens? 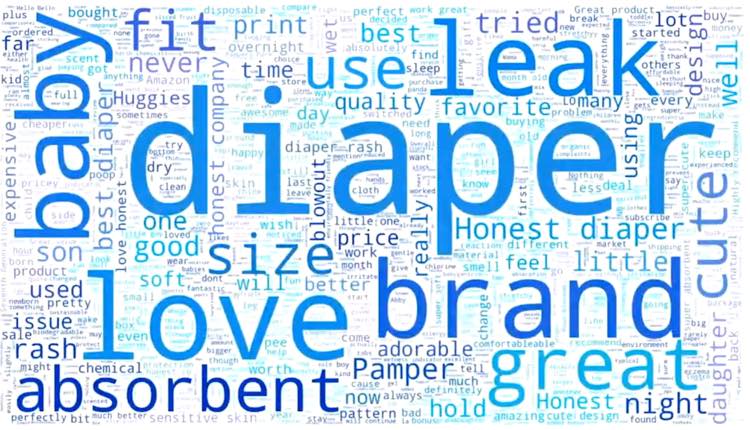 CARY – The Alliance to End Plastics Waste, involving more than 50 major companies from across the plastics supply chain, has pledged to invest US$2 billion in fighting the problem of ocean waste.

Meanwhile, as a result of extremely low oil prices and continued demand from the developing world, the oil industry plans to invest US$400 billion in the supply chain for new plastics in the next five years.

This was one of the surprising revelations from a joint presentation by Colin and Pricie Hanna, of Price Hanna Consultants, at INDA’s Hygienix absorbent hygiene products (AHPs) conference held virtually from November 17-19th.

The changing nature of consumption in 2020, has if anything, only compounded the problem of plastic waste, Colin Hanna observed.

“People stayed at home and created more of this waste,” he said. “It’s not only about the huge amount of single-use face masks and PPE that have been consumed, but in shopping from home and take-out meals which have generated more demand for plastic packaging and single-use disposable products.”

“This year has been a better year for carbon emissions, but certainly a worse year for plastics in the oceans,” added Pricie Hanna.

In April, for example greenhouse gas emissions fell globally by 17% and an overall fall for the year is expected to be recorded of between 5-8%.

In real terms, Bill Gates observed in August, a fall of 8% means the equivalent of around 47 billion tons of carbon, instead of 51 billion being released into the atmosphere.”

“That’s a meaningful reduction, and we would be in great shape if we could continue that rate of decrease every year,” Gates said.

“This year demonstrated exactly how not to do it,” said Colin Hanna. “The impact on air quality was immediate and striking, but the cost was phenomenal. The benchmark used by economists for the cost of climate change has been put at $100 per ton of greenhouse gas emissions. Estimates for the cost of the emissions reductions in the US and EU economies in 2020 come in at around $3,000-5,000 per ton.”

He also quoted a study by scientists funded by Pew Trusts, and published in Science magazine, which outlined a plan for a combination of significantly-funded but feasible interventions needed for a system-wide solution to the twin issues of virgin plastic production and of plastic in the oceans,

It would involve substantially improving both collection and landfill technologies, along with both plastic recycling, reduction and substitution measures.

Following the study’s recommendations, with all three suggested interventions adequately funded and implemented, it would be possible to lower an increase in virgin plastics production from 219 million tons in 2016 to 228 million tons in 2040, growth of just 4%. Further, the 11 million tons of plastic in the ocean in 2016 could be reduced to 5.3 million tons, a decrease of 52%.

“For the first time this year, the top five risks listed in the World Economic Forum’s Global Risks Report related to the environment and climate-linked issues and as far as the absorbent hygiene industry is concerned, reducing the consumption of plastics should be the priority,” Colin Hanna concluded. “There needs to be significant investment in waste handling in Asia where most plastic production takes place and where some of the biggest rivers are sources for plastic getting into the oceans, but the major demand for plastics is still coming from the West, so every angle possible needs to be considered.”

In examining the resiliency of the AHP supply chains during 2020, Pricie Hanna also observed that new spunbonded and SMS nonwoven capacity installed for medical PPE in 2020 and 2021 may cause overcapacity in 2022, which would lead to beneficial pricing for AHP manufacturers.

A total of 57 new lines will come on-stream in 2020 and 2021, of which 38 are meltblown lines initiated in response to the shortages for face masks and PPE production.

“Production growth is exceeding capacity growth at the moment, so this really is a great time to be in the nonwovens business,” Kalil said.

A full report from Hygienix will be published in the next issue of Sustainable Nonwovens.